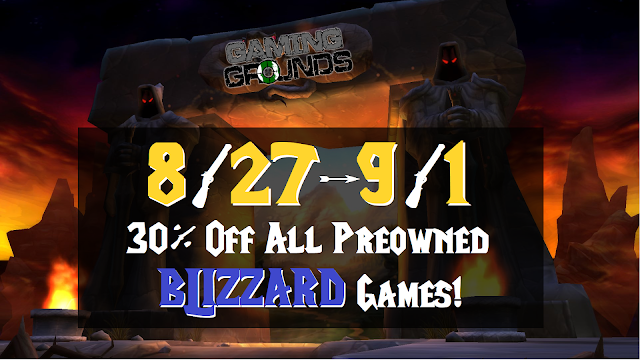 World of Warcraft launches their classic server today (and you'll be able to play in a few hours if you log in now), and we're joining in the celebration of one of gaming's most enduring icon's 15th anniversary!

Starting today and ending on Sunday, you can loot an extra 30% off all preowned Blizzard titles (no ninjas plz)!

Warcraft on PSX, Overwatch, Diablo, they're all on the table. Even classic Blizzard games you might not have even known were Blizzard games, like Rock N Roll Racing, The Lost Vikings, Blackthorne, and more!

Party up and queue for the most exciting raid around - Gaming Grounds, where the games are plentiful and we never run out of MMO puns!

And at Gaming Grounds, you can --